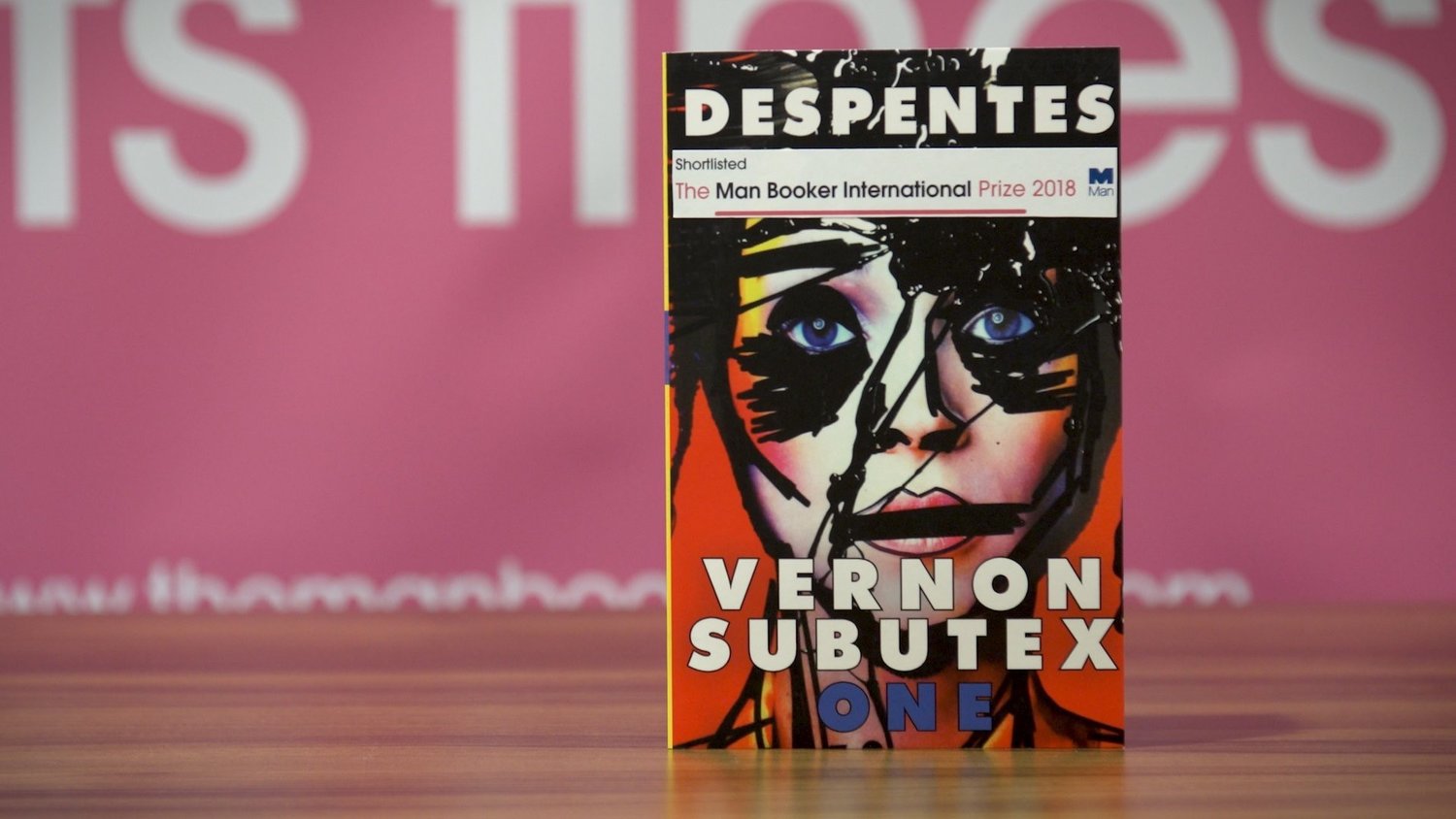 We are delighted that Vernon Subutex One, by Virginie Despentes, translated by Frank Wynne, has been shortlisted for the Man Booker International Prize 2018.

Vernon Subutex One is the first title in a trilogy set in modern Paris, charting the fall and fate of Vernon Subutex, a former record shop owner, forced out on to the streets after a run of terrible misfortune. At once an odyssey of sofa-surfing and a cult social satire that has taken Europe by storm, Vernon Subutex One was described as “bold”, “sophisticated”, “thrilling”, and even, “magnificently audacious” by Eileen Battersby in the Irish Times.

The shortlist announcement was made yesterday evening at an event at Somerset House, and the full list is as follows:

The winner of the 2018 Man Booker International Prize will be announced on May 22.