Following these women's stories with a focused lens and allowing the background themes to add to the narrative without shifting emphasis, this engaging work adds to the knowledge of the Soviet military effort of World War II, profiling its lesser-known heroines while also offering a straightforward critique of Soviet culture
Library Journal
A gripping, unforgettable and heart-breaking story of female heroism in war and terror, written elegantly, filled with new research - archival and oral - and told here fully for the first time. Not just a tale of amazing derring-do, but a terrifying window into Stalinist Russia. Simply superb
Simon Sebag Montefiore
Lyuba Vinogradova tells the poignant story of the determined young women who fought and died in the air above Stalingrad and elsewhere in the epic struggle to expel the German invaders from their country. It is an absorbing and meticulously researched account
Sir Rodric Braithwaite
[Vinogradova's] assiduous research, including numerous interviews with elderly veterans, has uncovered fascinating nuggets about the young female pilots' experience
Dominic Sandbrook, Sunday Times
What has been missing until now is a thoroughly researched account of all these pilots' wars, based on primary sources and stitched into the larger picture of the epic battle for what Hitler called the "world island" of central Russia. Defending the Motherland fills that void
Giles Whittell, The Times
Brings to light the fascinating story of the world's first and only all-female aviation regiments . . . Not for the first time, one can't help being flabbergasted by the heroic achievements of the poverty-stricken and hounded peoples of the USSR
Charlotte Hobson, Spectator
Remarkable . . . Vinogradova tells the stories Russian pilots with verve
Erica Wagner, New Statesman
A feat of historical research and a wonderful, stirring read
Rachel Polonsky
Superbly written and researched . . . Vinogradova takes her place in the top flight of Russian historians
Anna Reid
The story of the Soviet airwomen is well told by Lyuba Vinogradova . . . She has done a huge amount of research, which shines through the pen portraits of the aviators and some of the vivid descriptions of the aerial battles
Leo McKinstry, Literary Review
Vinogradova is excellent on the technical aspects and experience of flying the various aircraft . . . She is at her best, though, in bringing alive the quotidian details of wartime
Wendy Slater, Times Literary Supplement
Russian historian Vinogradova dove deeply into the archives and conducted an admirable amount of legwork to craft this revelatory study of Soviet female fliers during WWII
Booklist 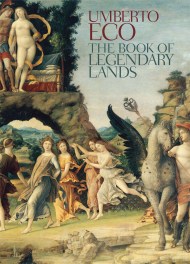