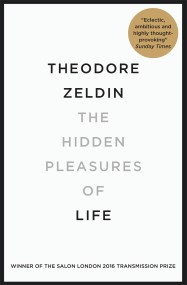 The Hidden Pleasures of Life

The story of a search for a new art of living. How can one escape from work colleagues who are bores and from organisations that…