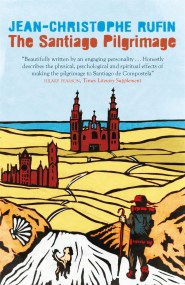 "Whenever I was asked: 'Why did you go to Santiago?', I had a hard time answering. How could I explain to those who had not…