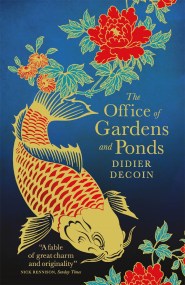 The Office of Gardens and Ponds

The village of Shimae is thrown into turmoil when master carp-catcher Katsuro suddenly drowns in the murky waters of the Kusagawa river. Who now will…