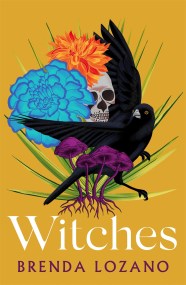 A remarkable novel by one of the most exciting new voices in Latin America today This is the story of who Feliciana is, and of…