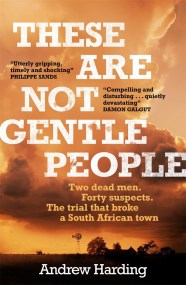 These Are Not Gentle People