In the final moments of the Spanish Civil War, fifty prominent Nationalist prisoners are executed by firing squad. Among them is the writer and fascist Rafael Sanchez Mazas. As the guns fire, he escapes into the forest, and can hear a search party and their dogs hunting him down. The branches move and he finds himself looking into the eyes of a militiaman, and faces death for the second time that day.

But the unknown soldier simply turns and walks away. Sanchez Mazas becomes a national hero and the soldier disappears into history. As Cercas sifts the evidence to establish what happened, he realises that the true hero may not be Sanchez Mazas at all, but the soldier who chose not to shoot him. Who was he? Why did he spare him? And might he still be alive? 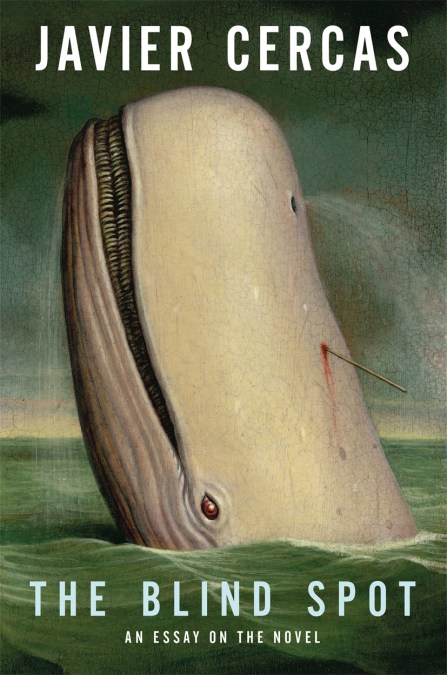 Javier Cercas is one of the most enjoyable and innovative novelists at work today. Well known among English-language readers as the author of Soldiers of Salamis (winner of the Independent Foreign Fictio Prize), The Anatomy of a Moment and The Impostor, Cercas is also Professor of Spanish Literature at the University of Girona. In 2015, following in the footsteps of George Steiner, Mario Vargas Llosa and Umberto Eco, as Weidenfeld Visiting Professor in Comparative European Literature at St Anne’s College, Oxford, Cercas gave a series of five lectures on the novel today, which have since been revised and are now published in English for the first time as The Blind Spot.

Starting with Don Quixote and his own experience as a writer, Cercas launches out into a consideration of the most challenging fiction of the last hundred years, from Kafka, Borges, Perec, Calvino and Kundera, to Sebald, Coetzee, Barnes, Foster Wallace and Knausgård. First, he defines and celebrates certain aspects of the novel in the twenty-first century which are also features of Cervantes’ masterpiece: its essential irony and ambiguity, its total commitment to innovation, its natural, joyful and omnivorous desire to cram the whole world within its pages, and its intricate concern with fiction and reality. Then he moves on to consider the actual meaning of the novel, the uncertain and discredited role of the writer as intellectual, and the role of the reader in the creation of a form whose aim is to tell the truth by telling lies.

The result is a dazzling short book which provides a new interpretation of novel from Cervantes and Melville to the present, and which will be as stimulating for readers and writers of literature in the twenty-first century as E. M. Forster’s Aspects of the Novel or Milan Kundera’s The Art of the Novel were in the last. 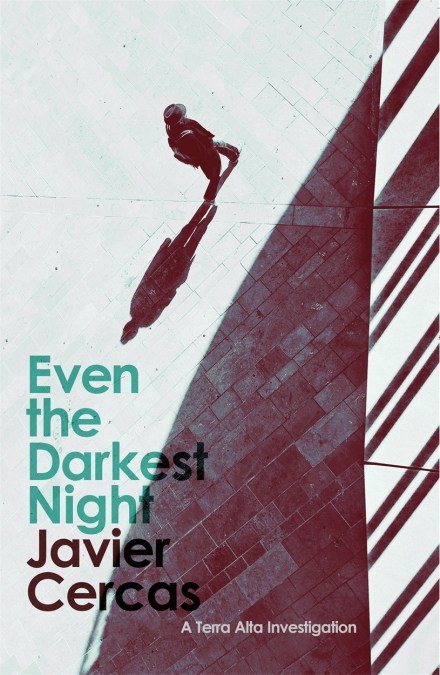 Even the Darkest Night

“A gem of a book, easily the best I’ve read this year. A contemporary police procedural with a literary edge. I was rooting for the flawed, but deeply compassionate Melchor Marín from the first page to the last. Highly recommended” M W Craven

When Melchor goes to investigate the horrific double-murder of a rich printer and his wife in rural Cataluña nothing quite adds up. The young cop from the big city, hero of a foiled terrorist attack, has been sent to Terra Alta till things quieten down. Observant, streetwise and circumspect, Melchor is an also an outsider.

The son of a Barcelona prostitute who never knew his father, Melchor rapidly fell into trouble and was jailed at 19, convicted of driving for a Colombian drug cartel. While he was behind bars, he read Hugo’s Les Misérables, and then his mother was murdered. Admiring of both Jean Valjean and Javert – but mostly the relentless Javert – he decided to become a policeman.

Now he is out for revenge, but he can wait, and meanwhile he has discovered happiness with his wife, the local librarian, and their daughter, who is, of course, called Cossette.

Slowly at first, and then more rapidly once ordered to abandon the case, he tracks the clues that will reveal the larger truth behind what appears at first to be a cold-blooded, professional killing. 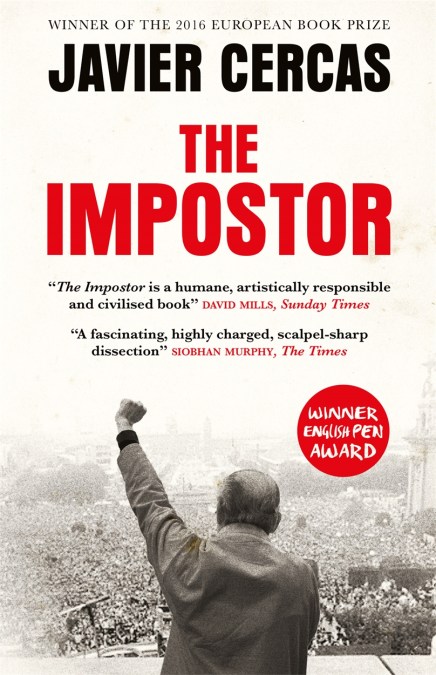 by Javier Cercas
LONGLISTED FOR THE MAN BOOKER INTERNATIONAL 2018

A TRUE STORY THAT IS PACKED WITH FICTION – FICTION CREATED BY ITS MAIN CHARACTER, ENRIC MARCO

But who is Enric Marco? A veteran of the Spanish Civil War, a fighter against fascism, an impassioned campaigner for justice, and a survivor of the Nazi death camps? Or, is he simply an old man with delusions of grandeur, a charlatan who fabricated his heroic war record, who was never a prisoner in the Third Reich and never opposed Franco; a charming, beguiling and compulsive liar who refashioned himself as a defender of liberty and who was unmasked in 2005 at the height of his influence and renown?

In this extraordinary novel – part narrative, part history, part essay, part biography, part autobiography – Javier Cercas unravels the enigma of the man and delves with passion and honesty into the most ambiguous aspects of what makes us human – our infinite capacity for self-deception, our need for conformity, our thirst for affection and our conflicting needs for fiction and for truth.

Translated from the Spanish by Frank Wynne 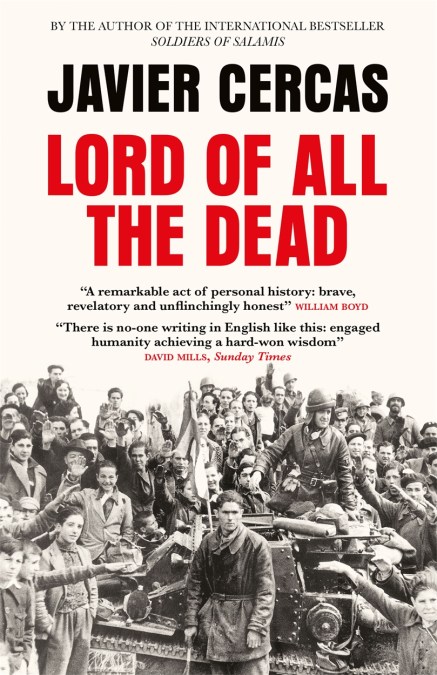 Lord of All the Dead

by Javier Cercas
Lord of All the Dead is a courageous journey into Javier Cercas’ family history and that of a country collapsing from a fratricidal war. The author revisits Ibahernando, his parents’ village in southern Spain, to research the life of Manuel Mena. This ancestor, dearly loved by Cercas’ mother, died in combat at the age of nineteen during the battle of the Ebro, the bloodiest episode in Spain’s history.

Who was Manuel Mena? A fascist hero whose memory is an embarrassment to the author, or a young idealist who happened to fight on the wrong side? And how should we judge him, as grandchildren and great-grandchildren of that generation, interpreting history from our supposed omniscience and the misleading
perspective of a present full of automatic answers, that fails to consider the particularities of each personal and family drama?

Wartime epics, heroism and death are some of the underlying themes of this unclassifiable novel that combines road trips, personal confessions, war stories and historical scholarship, finally becoming an incomparable tribute to the author’s mother and the incurable scars of an entire generation.